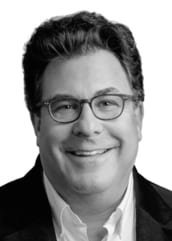 Previously, Fleischmann was a founding Principal and member of the managing board and operating committee of the global business strategy firm Albright Stonebridge Group (that combined the former Albright Group with Stonebridge International), co-chaired by former U.S. Secretary of State Madeleine K. Albright and U.S. Secretary of Commerce Carlos M. Gutierrez.

Fleischmann has also served as a member of the leadership team of the strategic communications firm PSB Associates. Fleischmann was Chief of Staff to the Honorable Kathleen Kennedy Townsend and served in the State of Maryland Governor’s Cabinet; a Staff Director of the U.S. Congress Committee on Foreign Affairs and its Subcommittee on the Western Hemisphere; founding Vice President of the trade investment firm LATCORP; and served as a Senior Associate of J.P. Morgan Chase (formerly Chase Manhattan Bank). For several years, he served on the board of directors of OFFITBank, the wealth management private bank.

During the historic period of the fall of the Berlin Wall, Fleischmann served as a policy aide in the German parliament, working for former German Chancellor Willy Brandt’s foundation for development and peace, while receiving a Bundestag Fellowship at the Friedrich Wilhelms Universität.

Fleischmann was awarded an M.A. with honors from the Johns Hopkins University School of Advanced International Studies (SAIS), where he has served on its board. He received a B.A. and B.S. with honors from American University, where he was the valedictorian and student body president. Fleischmann chairs the Board of Advisors of the School of International Service (SIS).

Fleischmann is also the host of the show “Leadership Matters” on SiriusXM Radio and has authored numerous articles on leadership and CEO statesmanship.

Fleischmann serves as a member of the Global Philanthropists Circle (GPC), founded by the late David Rockefeller and his daughter Peggy Dulany.

He is married, lives in Washington DC, and is the father of two children.